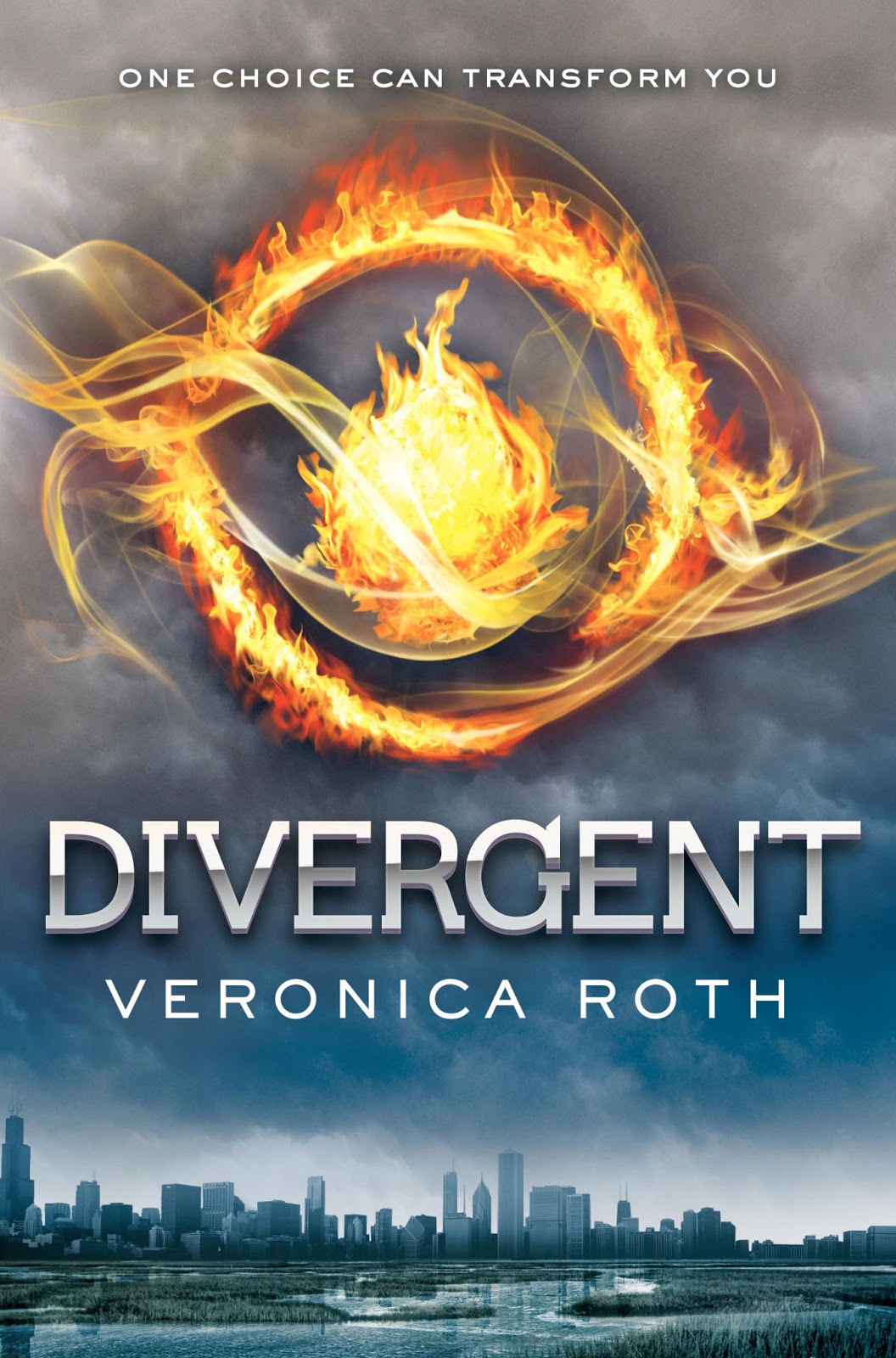 Beatrice Prior lives in a society divided into five factions, each established on particular virtues. She's part of Abnegation: the selfless, serving faction. Each year, all the sixteen-year-olds go through simulation to determine what faction fits them best. Then they have the choice to leave the lives they've known, and join a different faction, or remain where they are for the rest of their lives. When Beatrice goes in for her simulation, she gets more than one result. She is told she is Divergent, and that being so is dangerous.

This book is fantastic.

Can I just leave it at that? No?

I guess I'll give you a proper review then, if you insist. 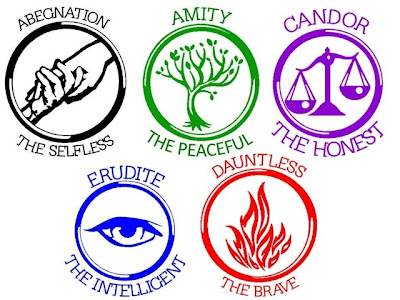 After the war ended, society divided into the five factions based on what they believe the cause of the war was. For example:The Dauntless believe cowardice was the cause, therefore they are dedicated to bravery. At least, that was the original plan. With new headship, the Dauntless seem to have lost the virtues they were founded on. How do we know this? Oh, yeah. Sorry, I forgot to mention that Beatrice chooses Dauntless and changes her name to Tris. (I promise this is not spoiler! It's very obvious that she's going to pick it)

Now that we've got the factions down (it took me forever to get them all straight) we can take a look at the characters and plot.

The characters are well written, relatable, and lovable (some of them, not the villains, obviously). Especially Tris. She is smart, brave, and most importantly, selfish. Selfish? Why would I like a selfish character? Well, because that's what makes her human. When a character has unrealistic qualities, it's pretty hard to attach to them because you don't know them in a physical way. Tris is not one of those characters.
And neither is Four.
I really like him, and that's statement, because I usually don't care for the male love interests. It might be because of my curiosity to learn why he's called "four", which, by the way, you do learn by the end of the book (so I'm not gonna say anything...). But I think it's also because he's portrayed well. I feel like I know him. There's really nothing more to say.

The other initiates were written well too. Even though they have smaller parts in the story, you seem to get a good look at their personalities and pasts. I was pretty attached to one of them, then, of course, he died.

Funny Sad how that works, huh?

Plot: The beginning was interesting, stepping into this society of factions and learning how the story-world worked. The middle was...painful, funny, and sad. Becoming Dauntless isn't easy, and Roth doesn't make it seem so. The end was pretty shocking, sad, and gripping. I cannot wait to read Insurgent! (unfortunately the waiting list at my library is really, really, agonizingly long...)

I'd recommend this book to Hunger Games lovers and people who like dystopian fiction.