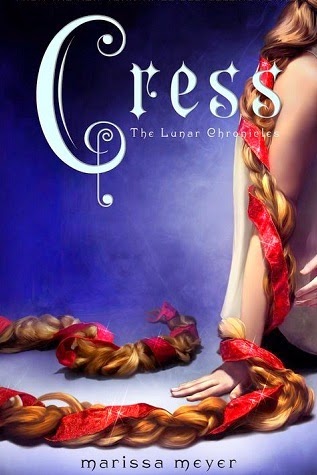 For my Cinder review go here.


My anticipation for this book was so insanely high that when it finally was in my hands I just held it and cried. So beautiful, so shiny...


The Lunar Chronicles is by far one of my favorite series (up there with Divergent, Hunger Games, Maze Runner, and the Books of Bayern). The last installment, Winter, won't be released until November of NEXT YEAR. My eyes tear up just thinking about it.

"In this third book in the Lunar Chronicles, Cinder and Captain Thorne are fugitives on the run, now with Scarlet and Wolf in tow. Together, they’re plotting to overthrow Queen Levana and her army.

Their best hope lies with Cress, a girl imprisoned on a satellite since childhood who's only ever had her netscreens as company. All that screen time has made Cress an excellent hacker. Unfortunately, she’s just received orders from Levana to track down Cinder and her handsome accomplice.

When a daring rescue of Cress goes awry, the group is separated. Cress finally has her freedom, but it comes at a high price. Meanwhile, Queen Levana will let nothing prevent her marriage to Emperor Kai. Cress, Scarlet, and Cinder may not have signed up to save the world, but they may be the only hope the world has."

Kai - Our young, dashing Emperor has his hands full with wedding plans and his head full of thoughts of Cinder :')

Cinder - She's learning how to control her glamor better, with some help from Wolf, and the crew is creating a plan to over-throw Levana and place Cinder on the throne. Cinder is still being conflicted with coming to terms with being the lost Lunar princess. If they succeed, her life will drastically change.

Wolf & Scarlet - I'm combining the two because we don't see much of them in this book. Plus, I can't say when we do see them because...spoilers.

Iko - Iko! Iko! Iko! Probably my favorite character. She's fun and lovable, and who doesn't love fun and lovable? Her role in this book is the steady, constant friend. The light moments in the dark. The humor; the laugh; the smile. Iko is perfect.

Thorne - *giggles* Oh, gosh. This witty good-looking-stud-of-a-man is just..yeah. We get a look into his past from Cress' perspective, which is a little distorted by her crush on him, so that's great. Since he's Cress' love interest he's in the majority of the book. Ladies, we get a lot of Thorne time.

Cress - Although a tad naive, Cress is a super fun character to read. She's not dumb, but all of her knowledge comes from the internet, and we all know how untrustworthy that can be. Her character definitely grows, but anyone leaving their home for the first time kind of has to.

Levana - I can't wait to read Fairest, which is Meyer's prequel story about Levana. She is a very interesting perspective to read from and I really want more of her side of the story. In Cress we get a few looks into Levana's head, and I have a feeling we'll get even more in Winter.

READ THEM. I ORDER YOU IN THE NAME OF ALL THAT IS GOOD AND BOOKISH. I SWEAR IF YOU DON'T... 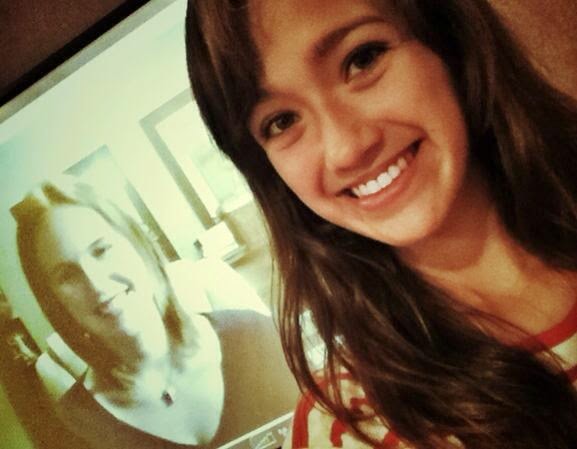 I love my library. The people there are great and they set up Skype talks with authors and it's basically book heaven. I asked Marissa Meyer a ton of questions about writing, but there were a couple non-writing-related answers of hers I want to share...(This is not word-for-word, just from my memory and notes.)

1) I know you relate most to Cress, but if you could be like any other character, who would it be?

She laughed and said, "None! I do such horrible things to them!"

"Personality wise, then," I laughed.


2) Any chance we'll be seeing the Lunar Chronicles as movies?

"Yes! Someone has the rights right now and I could get a call any day!"

"Of course I'm excited! It would be amazing."

IT WOULD BE MORE THAN AMAZING OHMYGOSH.

If anyone is interested in her writing tips, she posts on her blog sometimes! She just did a series called "From Idea to Finished" which is very informative and helpful. www.marissameyer.com


This was a dream come true.