My dream was to go to the YALLfest in Charleston, SC. 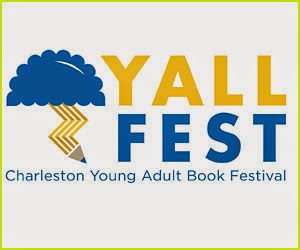 A beautiful, wonderful convention full of authors and books and fangirls. My dream was to road trip with some friends to have the most amazing weekend ever.

Apparently, if you don't plan these sort of things far in advance, they don't happen.

My dream was crushed.


I admit, I cried a little. (MAYBE a lot, okay? I just have all the feels. Plus, SHANNON HALE was going to be there. I mean, come on.)


Months passed by, and I eventually ceased my ever-flowing river of tears. It was an annual occasion, so maybe, MAYBE, 2014 would be my lucky year.

And you know what?

My dream came true, and in an even better way than I ever could have hoped...


We booked our hotel months in advance and I started saving every dollar I made from babysitting. November was drawing closer and closer, which brought on a numerous amount of worries and excitements. NaNoWriMo. YALLfest. Thanksgiving. November might be the best, most stressful month of the year.

My friend Rachel and I packed snacks and water bottles, stuffed her car with our luggage, and stocked up on Broadway Musical soundtracks and Taylor Swift CD's. It was a seven-hour drive to Charleston, but we were going to make it through in style.

Actually, we looked pretty ratchet. But hey, bursting Barbie songs at the top of your lungs is attractive enough to make up for your appearance, right?

Finally arriving in Charleston brought on all sorts of emotions. We're here! I can't believe it! This is the first time I've been on a trip without my parents! Ahhhh! We're meeting James Dashner and Veronica Roth!

The activities kicked off Friday night with a handful of authors signing in different buildings along King St.

James Dashner was one of those authors, and we waited for four hours in front of the most amazing toy shop I've ever seen so that we would be in the first batch of people let in.


Here's a little back story:

I do ballroom dancing classes. Irrelevant? I think not, since a guy in my class' mom was BEST FRIENDS WITH "JAMIE" DASHNER WHEN THEY WERE KIDS.

Makes me wonder if I've been friends with anyone who will be famous one day...

(OR WILL I BE THE FAMOUS ONE?!?? MWUAHAHAHAHAHA)


Here's another story...or confession, whatever:

Don't laugh, I know he's becoming all the rage on tumblr and the like...

But I loved him before I read Maze Runner. And I loved Maze Runner before I knew he was going to be Thomas. So, let's just say The Maze Runner is one of my favorite movies.

Okay, story time is over.

So, when you are in line for a book signing, someone volunteering for YALLfest brings you sticky notes to write your name on so that the author won't mess up when signing your book.


I couldn't help myself.

3:00 struck and everyone in line was on their feet, excitement filling the air like static. My own stomach was flipping.

You can imagine the feels I had when James started to sign his/my book, read the sticky note, looked up at me and was like: "Lily..." then smiling and saying "I do actually have his number."

AGH. I was tempted to pickpocket his phone and run like a hoard of Grievers were after me.

I didn't. Don't worry. That little interaction was good enough for me :)

Well...I still would like his number - not gonna lie.


Saturday was the day full of panels and more signings.

Especially not because we woke up at 4:00 AM, sat on the sidewalk in the freezing cold for five hours, and received blue wristbands. That part was only fun because we had great people to talk to and the promise of meeting Veronica Roth on the horizon.

After securing the wristbands on our shivering wrists, casting leering eyes at the fangirls, licking their chomps in anticipation, we scurried off to the opening keynote session. Not only were James Dashner and Sara Zarr there, but I was handed warm cider and a READING IS AWESOME poster.

The panel was hilarious. James Dashner can't keep his mouth shut without Sara on his shoulder, like a little angel. She talked to him about his life as a writer; how it began; how it felt to see Maze Runner for the first time. It was great.

As soon as that panel ended we scampered over to where Veronica was signing, got in line near the front, turned the corner, and THERE SHE WAS. 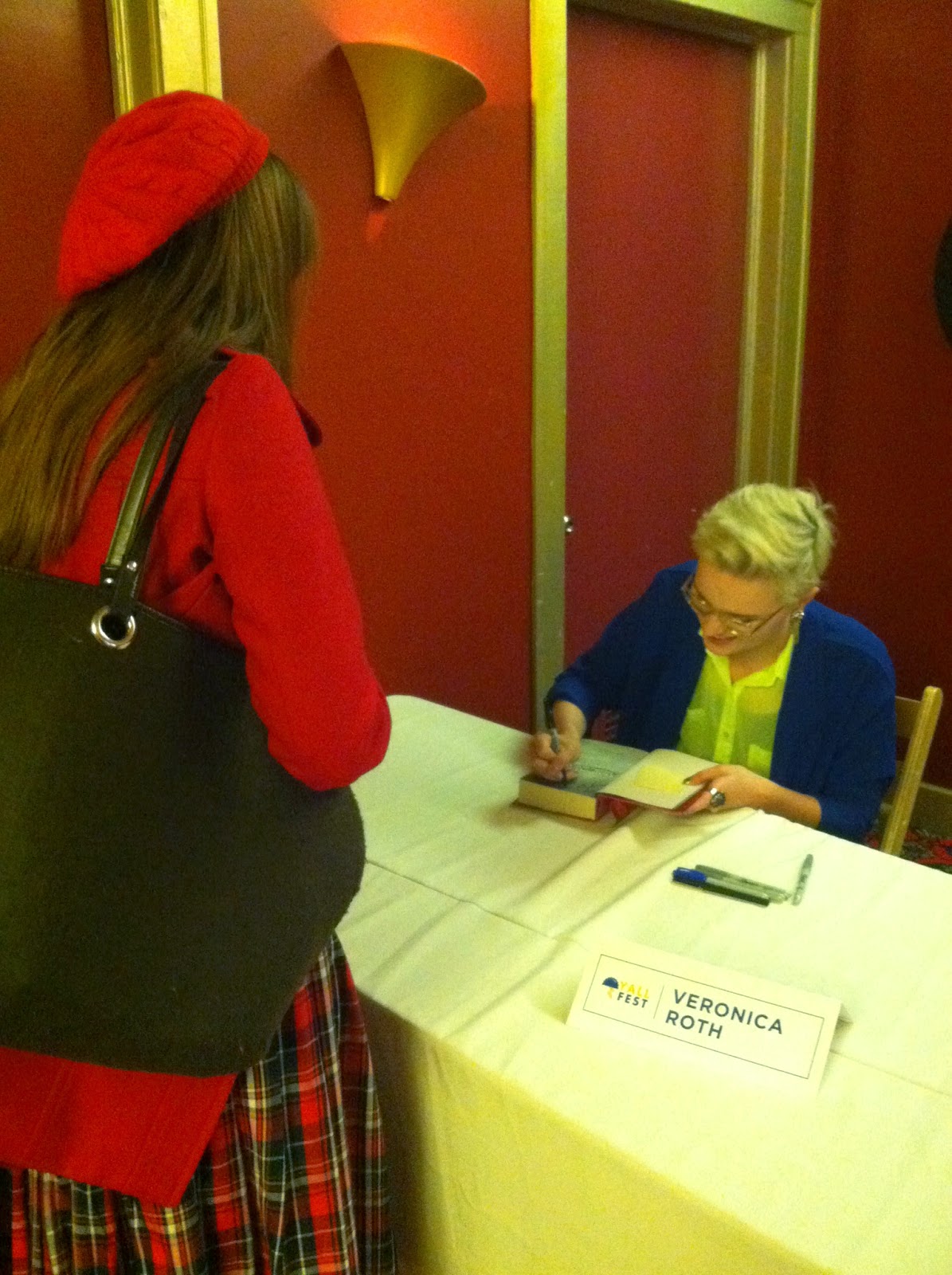 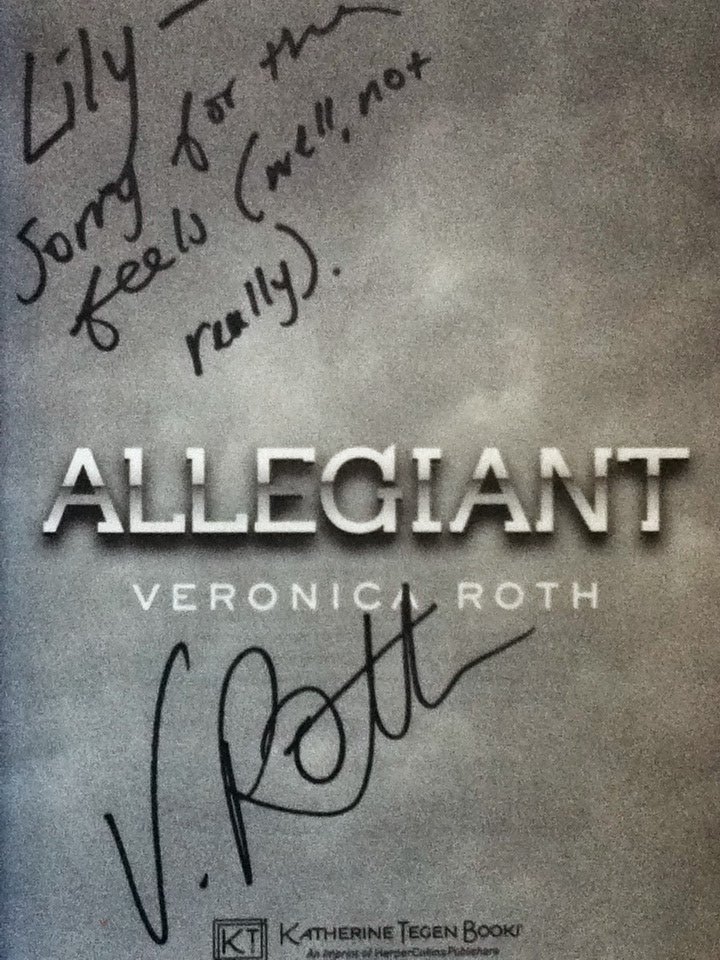 My life is complete.

ALL THE FEELS WERE PACKED INTO THIS WEEKEND I CAN'T EVEN.

And no, I will not try to odd.

To top off the wobbling tower of emotions, one of my childhood dreams came true.

I met Pseudonymous Bosch (Or his impostor. You never know...). He was just so cool and mysterious - dressed in black with dark shades and a beret tilted on his head, topped with a crescent roll.

I went all fangirly on him and followed him out the side door where his panel was, THE NAME OF THIS BOOK IS SECRET and a pen in hand. 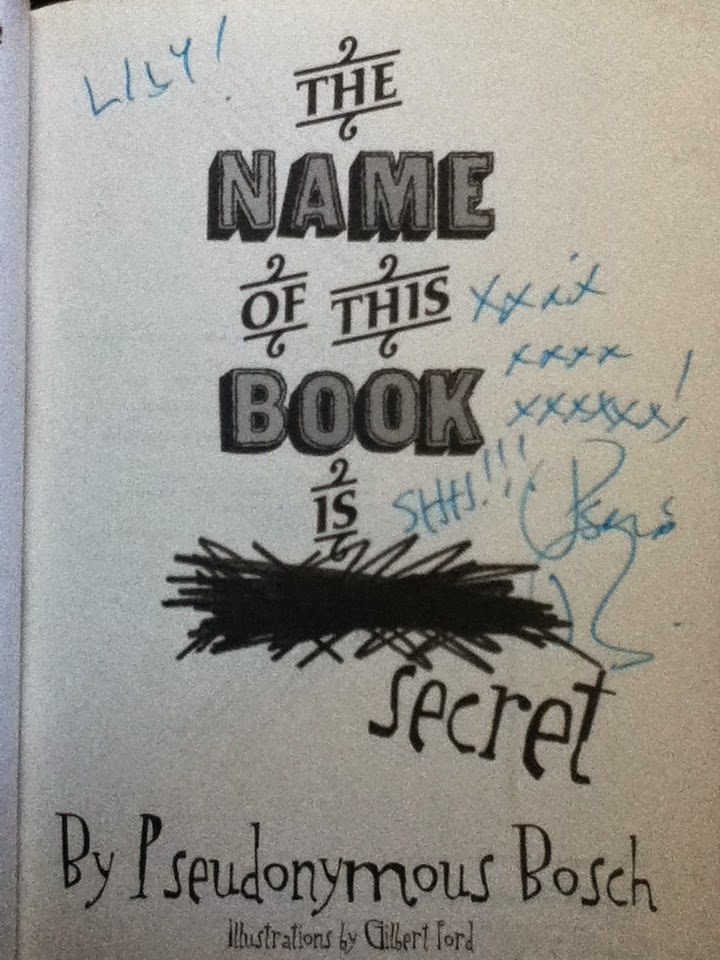 The last panel we went to was the Hollywood Stories Panel. Veronica Roth, Gayle Foreman, James Dashner, Melissa de la Cruz, Ann Brashares, and Kathy Reichs were seated on the stage, white lights of fame blazing down on them. Margaret Stohl and Kami Garcia (Authors of Beautiful Creatures) were the moderators, asking all the questions involving the films and TV series, the actors, and the feels. It was probably my favorite panel of the day.

And that's all we were able to do, having missed our shot to buying tickets for the closing keynote and Smackdown. However, I will never forget that day in Charleston...or the sweet way it ended:

Rachel and I were about to get in her car, preparing to leave behind YALLfest with only the wonderful memories we made, when someone tapped my shoulder.

I turned. It was Laini Taylor, pink hair and all. She smiled and continued to say how her daughter had spotted me earlier, saying I looked like Little Red Riding Hood, and that they kept seeing me throughout the day. Her daughter was wearing a little red cape, shyly standing behind her mother's leg. Laini then said how they were pretending that her daughter and I could be two Little Red Riding Hoods that save the city together.


I can't remember what my response was, but I think it was along the lines of "Awwwohmygoshthatissosweetthankyou".


And that, my friends, was the best weekend of my life.

YALLfest, I hope to see you again next year.


And (not to sound cheesy) "Thank You" to all the marvelous people who made this dream come true! The volunteers, the fangirls (and boys), the authors, Rachel, my parents for allowing me to go to another state without them, and my awesome Gramma.


ALL THE JUNK FOOD WAS DEVOURED.
ALL THE DREAMS WERE MADE TRUE.
AND ALL THE FEELS WERE FELT. 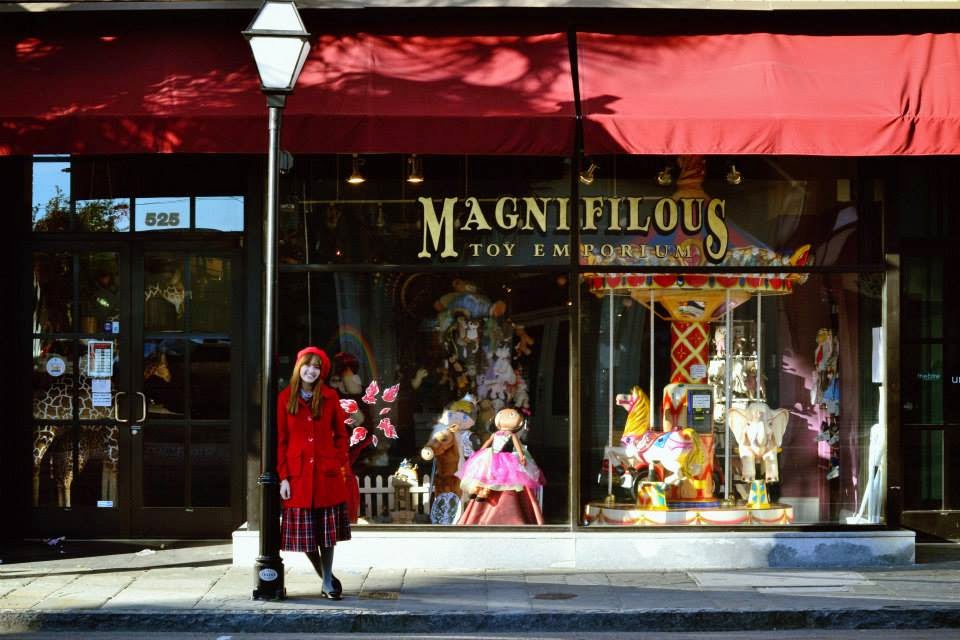 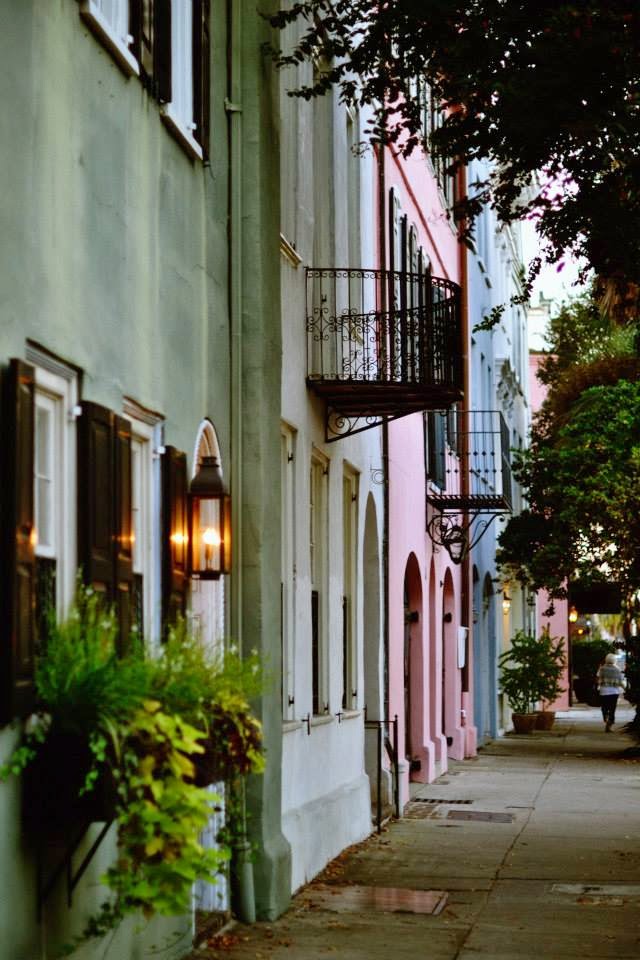 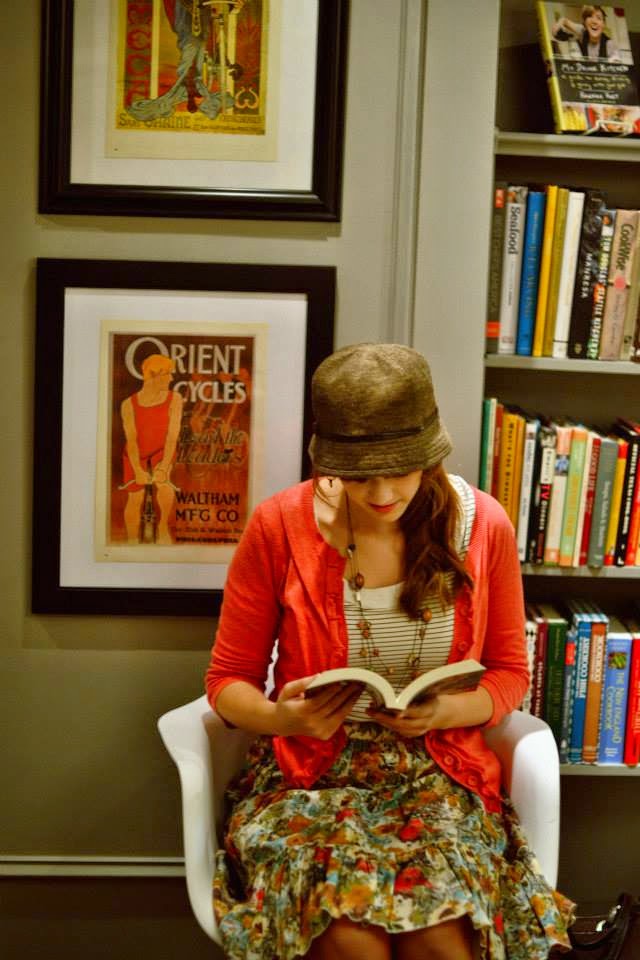 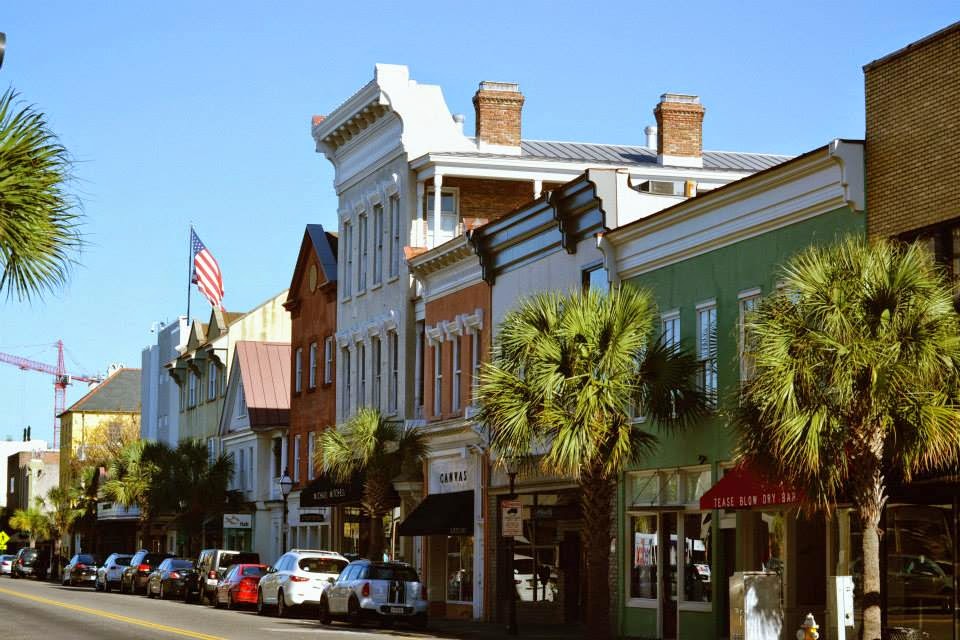 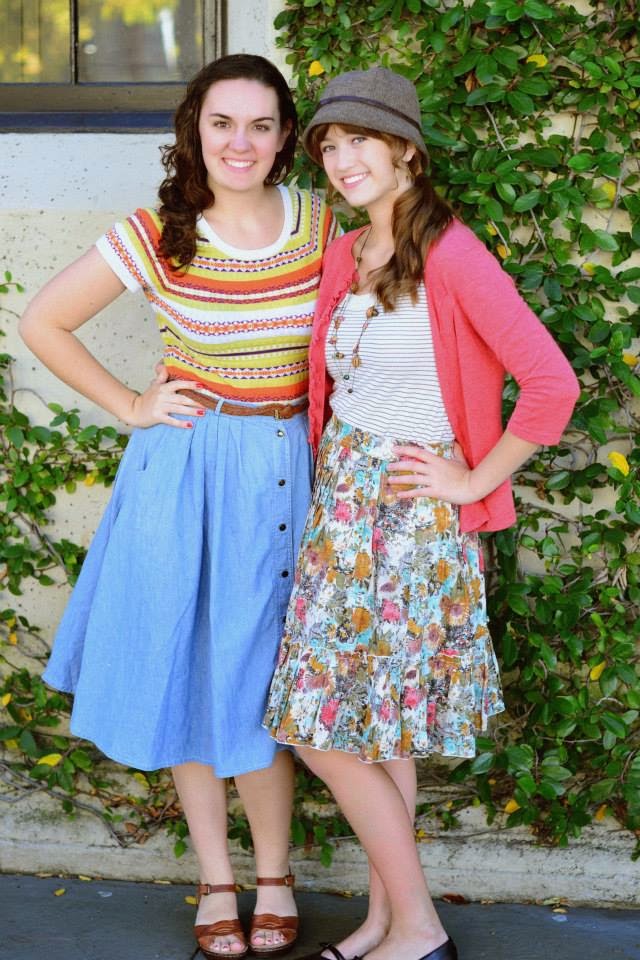 Pictures via: Rachel Coker
Posted by Lily Gaines at 7:13 AM